The release date for Beyond Falcon’s Reach is nearly here!

To further whet your appetite, here’s a first-look at the cover for this fantasy-epic: 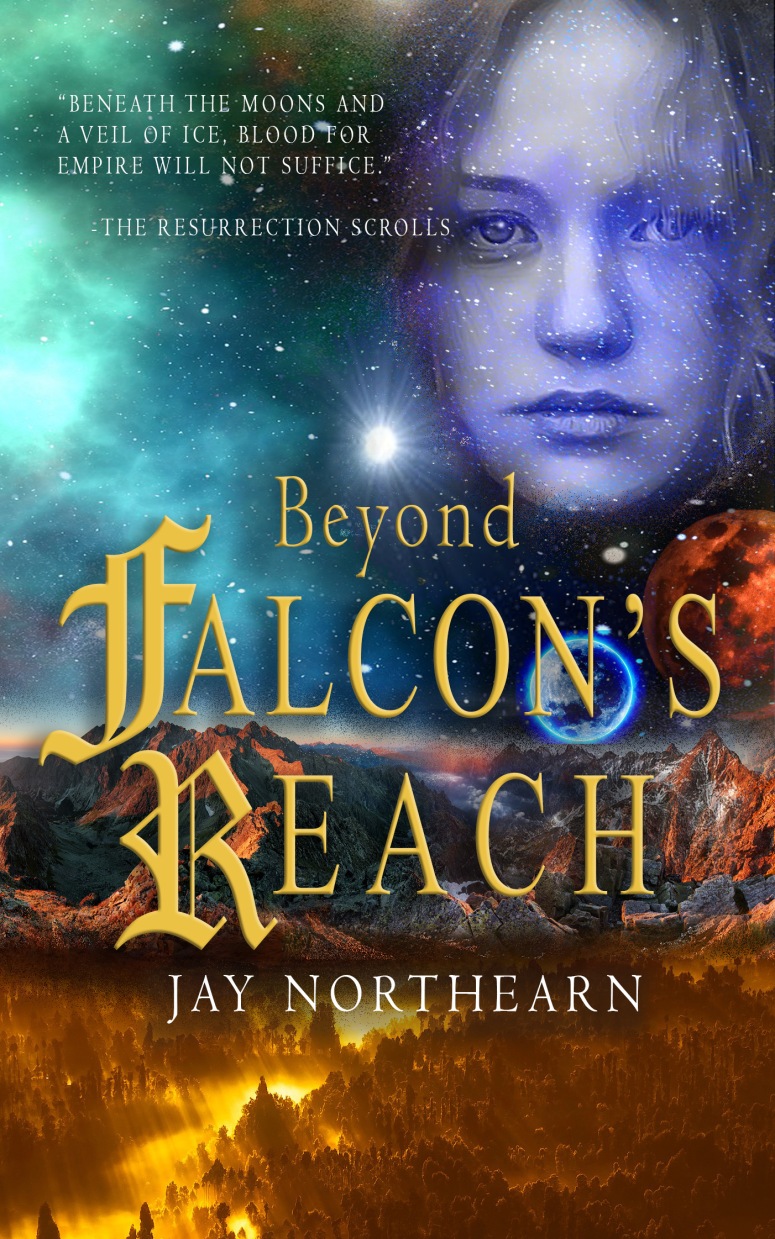 The story bears a powerful vampire theme with Gothic, medieval and
steam-punk fantasy elements. The classic hallmarks of the genre are
subverted in two ways: the non-terrestrial environment, and
transformation from classic Gothic villain to haunted redemption
seeker.

This takes place against the background of an ancient treaty
between land-folk and the blood-dependent mountain people, now at a
precipice as a new Ice Age converges and a rising evil in Farr City
threatens all. Craving power and near-immortality;
Mourde Cullis of Falcon’s Reach produces a mythical blood-elixir under
the auspices of a fanatical cult, but after capturing the daughter of
a Landmaster the consequences are disastrous.

A colourful character menagerie of different origins and outlooks must come together against a sinister, absolutist threat.

3 thoughts on “Cover Release for “Beyond Falcons Reach” by Jay Northearn!”